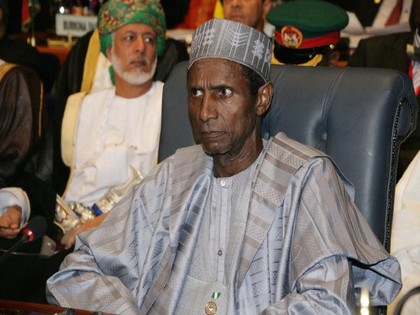 It is undisputed that when it comes to rebranding Nigeria’s image around the globe, Nigeria’s fashion and entertainment industries, especially in the last decade, have been in the driver seat. While this fact is typically not explicitly stated, it remains a fact nonetheless.

In music, Nigeria’s musicians like Asa, P-square and D’Banj lead the way. In film, actresses such as Genevieve Nnaji, Omotola Jalade-Ekeinde and Stephanie Okereke have been instrumental. In fashion, personalities like Deola Sagoe, Lexy Mojo-Eyes and Folake-Folarin Coker/Tiffany Amber are pacesetters. Even more compelling has been the efforts of media and entertainment personalities like Dele Momodu of Ovation International and Nduka Obaigbena of ThisDay/Arise Magazine. Both men have literally opened their pocket books and resources to local and international acts in fashion and entertainment to help rebrand Nigeria’s image.

Notwithstanding  poor infrastructure, education and healthcare systems, political and religious unrest, ongoing abuse of Nigeria’s children and the 419 fraud tag Nigerians are now known and ridiculed for on the world stage, Nigerians, particularly in fashion and entertainment, have invested their talents, monies and time to help change the perception of the country to a more positive light. All of these efforts  have been recently dealt a major blow that I honestly doubt can be repaired barring a radical and fundamental restructing of the country and its leadership.

The key cause of the major blow, in my view, is the absence and inaction of President Umaru Y’Adua, the Commander-in-Chief, especially during the current and ongoing Umar Farouk Abdul Mutallab crisis.

President Yar’Adua’s Departure from Office
On November 23rd, 2009, Nigeria’s President Umaru Yar’Ardua left the country on a routine health check to Saudi Arabia. What was supposed to be a routine check, however, has become a lengthy and seemingly indefinite stay because of the President’s undisclosed but seemingly serious health issues.

President Yar’Adua’s Indefinite Absence
The absence of the President until now was arguably felt only within the country. Indeed many within the legislative (congress) and  judiciary(courts) branches of government have called for the President’s resignation. For example, some members of the Nigerian Bar recently brought suit  against the President seeking his resignation in Federal High Court.

In response to those lawsuits and relying on Nigeria’s constitution as authority, Nigeria’s Attorney General Chief Michael Kaase Aondoakaa (SAN) has argued in Federal Court that the President’s illness does not prohibit him from carrying his functions as President “anywhere in the world.” He has further argued that since the President is still able to carry out his duties, there is no need to have Vice President Johnathan Goodluck carry out his duties in the interim. All of this seemed well and dandy until December 25th, 2009.

Umar Farouk Abdul Mutallab Failed Bombing Attempt
As you know or should know, on December 25th, 2009, the world was interruped during Christmas festivities with breaking news that a Nigerian citizen, Umar Farouk Abdul Mutallab, while onboard a United States Detroit Michigan bound flight had  tried to detonate a bomb on the plane. The flight had  278 passengers onboard. Abdul Mutallab’s actions, while clearly horrific, instantly placed Nigeria on the lips of people and nations across the globe. In that moment, in that space, it became crucial for Yar’Ardua to step in and carry out one of his manhy important duties as President, crisis management. Instead, the President was nowhere to be found. His absence and unresponsiveness spoke volumes to the world and Nigerians.

Yar’Ardua’s lack of response from “anywhere in the world” per his Attorney General has been nothing short of appalling. Some of the key things Yar’Ardua could have done and did not do:

1. Respond in Real Time to Media
The media loves and salivates on crisis. Ratings go up, there is chaos, excitement and a lot of misinformation. The ability to understand and respond to media in a crisis environment, in real time, becomes critical and crucial. Surely the President must know this? That did not and has not happenned in this case.

a. Hold a Press Conference in Saudi Arabia: Nigeria has an embassy and consulate general office in Saudi Arabia. This venues could have easily served as a place  for the President to hold  a press conference and address the crisis.  The President did not and has not taken advantage of this opportunity. What ever happened to the representation that his illness still permits him to govern “anywhere in the world?”

b. Engage Social Media.
Yes. Yar’Adua, in my book, is also faulted for failing to engage social media. In a digital revolution age where millions of Nigerians and the world can be found online , there is simply no explanation for why the President has not engaged social media to keep  its citizens and the world up to date on the latest news about this incident and his attempt to fix it.

c. Clearly Enunciate Nigeria’s relationship with the USA.
Further, understanding there would be a huge interest with the media on this story, it was and should have been incumbent on Yar’Adua to clearly enunciate to the world, and particularly the USA as a reminder, who Nigerians are, Nigeria’s relationship with and to the USA, Nigeria’s citizens in the USA and their contributions, the good faith efforts by Abdul Mutallab’s father to work with the US embassy in Nigeria to prevent what happened, among many real and structured responses. Such efforts would not only boost confidence in Nigerian citizens worldwide, it would do the same for the USA and facilitate better diplomatic talks and relations in resolving the crisis.

2. Identify Failed Systems that Permitted Mutallab to Board the Plane from Nigeria.
Yar’Adua to date has not clearly identified what went wrong and explained to Nigeria, the USA and the world Nigeria’s  strategies, assurances and implementation of new regulations or strengthening of old ones. There needs to be a cearly showing of swift yet intelligent investigations on the part of the Nigerian government on this issue. That has been sorely lacking.

3. Controlled Management of Informatiom
In addition, what has also been lacking is a controlled or managed information systems. International and especially US press has been going “bananas” since the Abdul Mutallab story broke. Yet, on Nigeria’s part and largely due to an absent and non-functional President, there has been clearly no aggressvie management of information the media receives or should receive. What kind of information is the media receiving? How can Nigeria streamline and send accurate information showing its willingness to work with the media and the US government on this crisis? How can it manage the flow of that information so that whatever untruthful facts are reported  can be immediately rebutted?

The President’s unrepsonsiveness and lack of aggression magnifies his absence and lack of leadership in the country, to the country’s great detriment. Indeed, shortly after Abdul Mutallab’s actions, the United States moved swiftly declaring and listing Nigeria on its “State Sponsors of  Terrorism” list. All Nigerian citizens (famous or not) traveling from Nigeria to the USA are now subject to intensive pat downs and searches added to a damaging stigma as a state spobsored terrorist country. While Nigeria’s legislative branch has now rejected and called for the US to take Nigeria off its terrorist list, the legislature’s response holds no real bite. Prevention is better than cure, especially where the reputation of a  country like Nigeria is concerned. . .

Nigeria’s President missed the opportunity to prevent what is now an evolving crisis for Nigeria’s 150million citizens. There is no turning the hands of time backwwards. President Yar’Ardua through his absence and inaction has effectively undermined the momentum and hard work of rebranding the country’s image from ground up, especially by its fashion and entertainment industries. . .

Nigeria . . .  a nation without a President, what a big blow to Nigeria’s fashion and entertainment industry rebranding efforts. 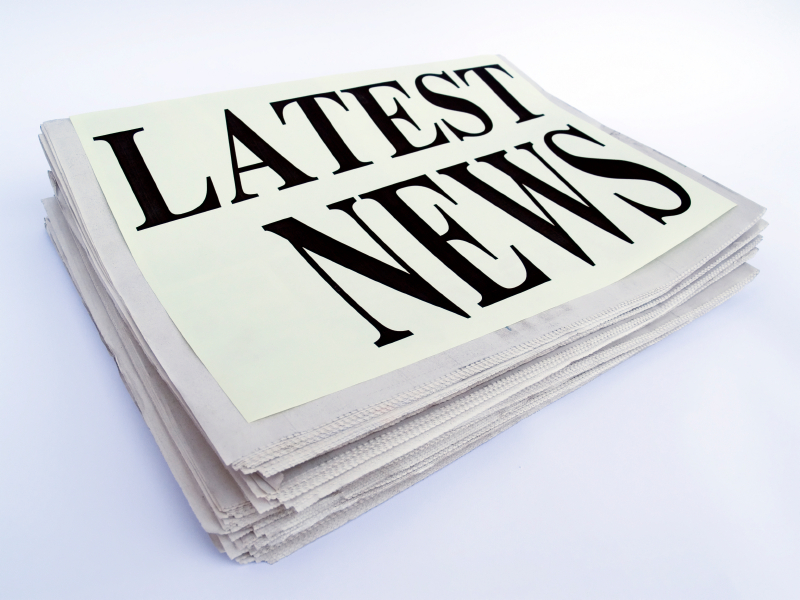 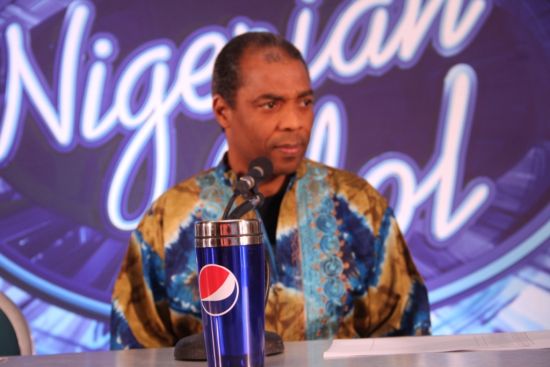 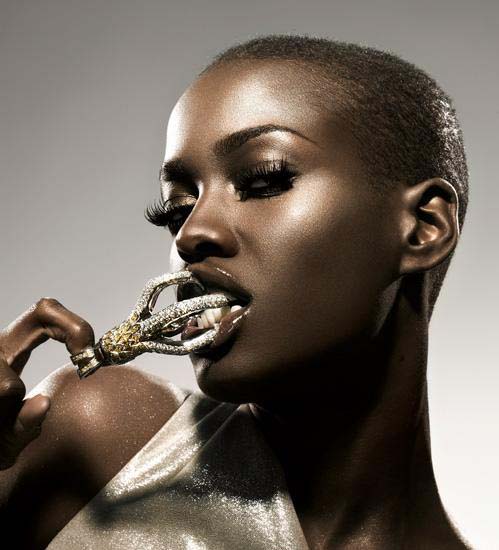 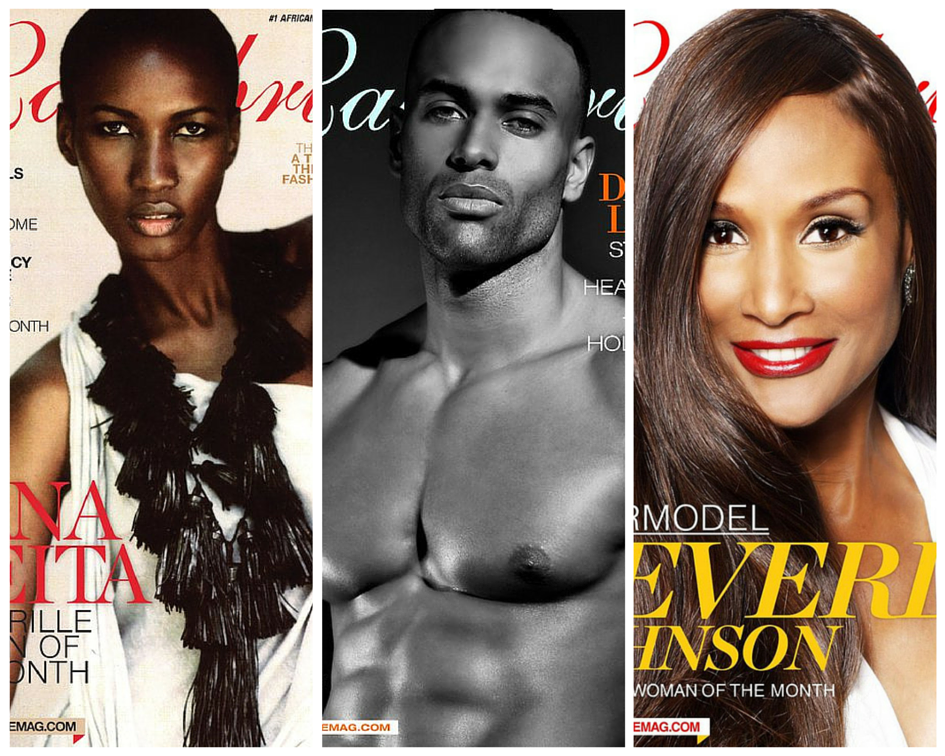