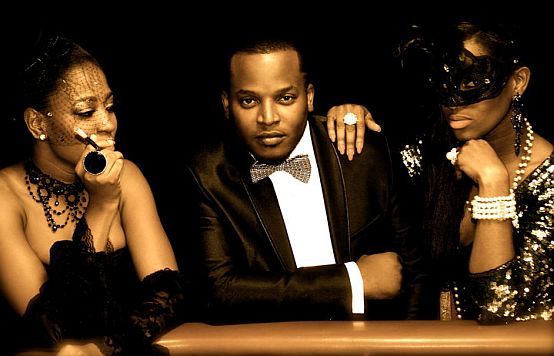 African Fashion Week New York Producers have just informed Ladybrille, in an exclusive, that Nigerian hip-hop star eLDee will perform at the first ever Africa Fashion Week New York! eLDee responsible for hits like ‘Champion,’ ‘Bosi Gbanga,’ ‘I go Yarn’ was born on May 23rd, 1977. In addition to his job as a rapper, he is also record producer, architect and owner of Trybe Records. eLDee is also an original member of the band Trybesmen and has worked with numerous Nigerian artists including Sasha (now with Storm Nigeria) and Freestyle.  How eLDee describes himself?:

Lanre Dabiri aka “eLDee the Don” is undoubtedly one of the biggest names in Nigerian music today. A music producer, recording artiste and video director, eL is the founder of Trybe Records, an independent label at the forefront of the renaissance of Nigerian music in the past decade.

Born and raised in Kaduna, a city in Northern Nigeria, eLDee’s love for music and the arts started at a very young age. In 1998, eLDee and his high school friend, Kunle “Kaboom” Bello teamed up with another rapper Mfon “Freestyle” Essien and the group Trybesmen was born. Subsequently, eLDee founded his own independent label (Trybe Records) to support the group, and took the Nigerian music scene by storm with two hits in 1999; “Trybal Marks” and “Shake Bodi”.

Trybesmen’s debut album “L.A.G. Style” was a massive hit and still a cult classic. eLDee, as the head of Trybesmen and Trybe Records, re-engineered what has now become the music genre most call Afro-hip hop/Afro-pop. With Trybesmen’s undeniably incredible blend of Afro beat, Reggae, Highlife and hip hop, and over 78 sold out shows in one year, it was no surprise that Trybesmen became a force to be reckoned with across West Africa.

Trybe Records also created a platform for new talents that would help achieve the goal of placing African Hip Hop/African Pop on the international map. Trybe Records boasts of developing successful artists such as Sasha, who won the Kora’s Most Promising Artist Award in 2004, 2Shotz, olaDele, Blaise and Dr. Sid, who is now a member of the “Mo’ Hits Records” label.

Making a move to the United States in 2002, eLDee recorded a solo album titled “Long Time Coming” and followed up with “Return of the King” in 2006. “Return of the King” was very well received earning him countless nominations and awards for both videos and songs including the Nigerian Entertainment Award for “Best International Album” and “Hottest single”.

eLDee, though currently living between Nigeria and the United States is a household name both in Africa and in the African communities abroad. He has been featured on numerous international radio stations both in Europe, Asia and the USA. Back home in Nigeria, the hit music playlist is incomplete without eLDee. Songs like “I go yarn”, “Champion”, “I’m leaving”, “African Chiquito”, “Bosi Gbangba” and “Big Boy” have been aired on radio stations all over the world while eL has also been featured in countless local and international magazines and newspaper articles and remains one of the most respected artiste/producer out of Nigeria, on the international scene.

eLDee is one that has always kept his focus on the big picture through his career as an artiste and record label owner, pioneering a lot of key roles and breakthroughs for the Nigerian music industry. In 2000, eLDee engineered the model that has since been used as the distribution network for Nigerian music and digital media.

eLDee has emerged as a multi-talented professional having worked with various artistes of different nationalities, producing amazing music, creating great videos and being a visionary role model for many. His resume not only boasts his work as an artiste, producer and video director, but also as an interactive media genius. His clients include CNN, D3 Publishing, Hines, Accenture, Andersen, Kimberly Clark, Naruto, Primedia, NBA, UPS, Cartoon Network, Consumer Source, Warner Bros, just to mention a few of the Fortune 500 companies he has had the opportunity to design and develop for with an Atlanta-based firm. eLDee and his group of colleagues have received numerous national and international awards for design and advertising media campaigns.

eLDee writes and produces most of his music, and owns all rights to his works through his reign of over a decade. His much-anticipated album “Big Boy” was released early 2009 and was tagged an instant classic. The album includes monster hits such as “Bosi Gbangba” and “Big Boy”.

eLDee is currently working on a new mixtape/album project titled “Is it your money?” which he plans to release in two volumes. The album features a host of top Nigerian artists and includes remixes such as the “Big boy remix” with multi-platinum rapper Yung Joc. Already creating a huge buzz from the body of work are the two hit singles “Ota mi” and “U blow my mind”. eLDee shows a lot of versatility on the album as he blends across genres delivering what most have described as mind-blowing sounds of the future for African music. ~trybesrecord.com