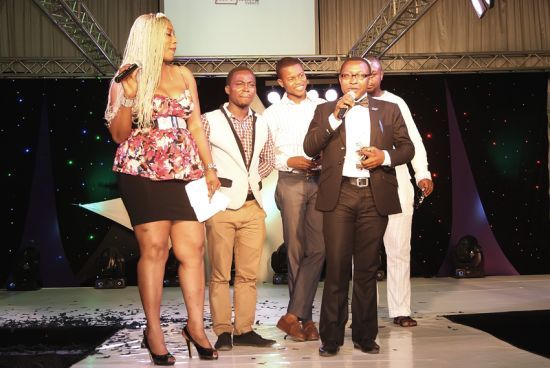 LadybrilleNigeria.com congratulates The Future Awards for their win for “Nigerian Event of the Year” at the inaugural Nigeria Event Awards. LadybrilleNigeria.com has proudly supported The Future Awards, since 2007, because of our shared goals and commitment in empowering and celebrating excellence among the youths of Nigeria. Below is the gist of how the event went down.
____________________
The first ever Nigerian Event Awards (TNEA) organized by Go2gurl Ltd, held on Sunday 8 May, 2011 at The Grandeur, Oregun, Lagos. The event was a unique opportunity to celebrate the burgeoning Nigerian events industry, as well as strengthen partnerships and strategic alliances within it.

The event kicked off with a mini exhibition at 2pm, while the awards show began much later in the evening. In attendance were such prominent Nigerians as Mr Jimi Agbaje, Tara Fela Durotoye, Matilda Kerry and more.

The Future Awards 2010 was nominated for two (2) categories, out of which, it won the biggest award of the night – The Event of the Year! It was a tough race, as other contenders for the award included the MAMA Awards 2010, Elite Model Look, Hennessy Artistry 2010, Face of Africa and Thisday Style Event.

Kenneth Oliko, Communication Coordinator of The Future Project, received the award on behalf of The Future Awards team, thanking the organizers of the event and all who voted.