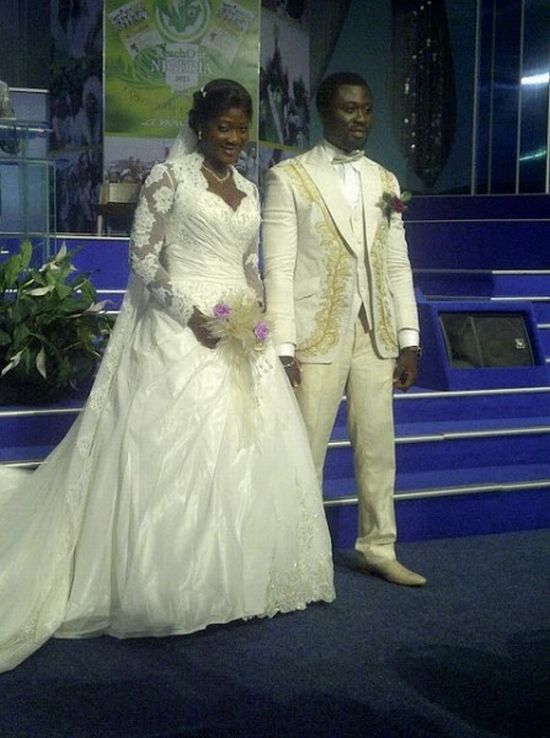 I have watched with deep intrigue the wedding saga of Mercy Johnson which unfolded two weeks ago culminating in a finale wedding today, August 27th, 2011. The situation clearly raises very difficult social and legal policy questions in Nigeria’s culture and customs when it intersects with international laws.

In case you wonder what I speak of, Mercy Johnson a popular Nollywood actress announced, months ago, she would marry Odianosen (Odi) Okojie, who hails from Edo, this weekend.

Two weeks prior to the wedding, a woman by the name of Lovely Okojie surfaced alleging she was legally married to Odi Okojie, in Italy, and accordingly, it was illegal for Odi to marry Mercy Johnson as he had not divorced Lovely in Italy, yet.

Prior to Lovely’s statements published on the popular Linda Ikeji blog, there was a tremendous amount of hearsay with no real evidence provided.

For example: Odi claimed, in an interview he allegedly gave, that the last time he saw or had any dealings with Lovely was in 2007. In contrast Lovely claimed she was married to Odi in 2006, she saw him September 20th, 2009 when he came to visit her as well as December 2010.

Who was to be believed? With all these hearsay and much commentary by the public and fans alike, it made it difficult to know who was telling the truth. What was needed was real evidence to ascertain what the real truth was. Was Mercy Johnson, a public figure and arguably a role model, defiantly marrying a married man? Was her soon to be husband in fact legally married, under Italian law, to Lovely Okojie, the woman who claimed to be his wife? Most importantly, what about the welfare and well being of Odi’s seemingly abandoned children in Italy?

Real evidence (in this instance certified legal court documents) finally emerged from both the Mercy Johnson and Lovely camps. The documents as presented, seem to show, absent the issue of authenticity, that Lovely might actually be truthful and that Odi Okojie’s is still legally married to her. Let me address some of the legal issues presented and I’ll try to provide as much commentary as I can to this fascinating case.

Does Nigerian Customary Law Have the Power to Dissolve Okojie’s Italian Marriage?

Odi Okojie’s Real Evidence: Odi Okojie presented a divorce petition and summons from Edo’s Customary court showing he filed for a divorce. Highly significant is that the document says the two conducted their traditional wedding in “2008.” Wait. STOP. Didn’t Okojie claim the last time he saw Lovely was 2007? See his alleged interview here. Lovely provides evidence in resource linked below that the traditional wedding took place on March 21st, 2009 not in 2008 as alleged.

If the Edo court failed to even get the date right on the day the traditional wedding took place, isn’t the so called traditional marriage dissolution invalid? How can a court dissolve a marriage that never took place on the date the court claims? Notice there is no specific date alleged in the divorce petitions, just a broad statement that the marriage took place “sometime in October of 2008”. Technically, Lovely is STILL Odi’s wife both in Nigeria and Italy, isn’t she?

“According to BigSam, the divorce was finalized on Tuesday 23 August, 2011, at the Igueben Area Customary Court, in Benin, Edo State.”- Linda Ikeji

NOTE: When you receive a summons from a court, usually if you do not show up and it can be established you got notice of the proceeding, the court will proceed without you. The other side will win any case against you because you are not there to defend yourself. Also, the court can issue a warrant for your arrest because you will be in contempt of court. It is a bad idea not to show up. If the date is invalid as it appears, then depending on the civil procedure rules in Edo’s customary court, Lovely can argue the date was invalid and was the reason she did not show up. It is a weak argument, though.

Lovely Okojie’s Real Evidence: Lovely Okojie presented her marriage certificate showing her marriage to Odi in Italy. She also presented pictures with Odi and his two children. The youngest is (about two years old) and the Edo customary dissolution recognizes the baby as his child. Lovely’s document showed Odi married Lovely in 2006. Odi has tried to deny the authenticity of Lovely’s document. But, if his marriage petition is to be believed, shouldn’t Lovely’s be believed?

While Odi dissolved the traditional marriage in Edo’s customary court (the validity of the dissolution which remains questionable), his divorce does not fix the seemingly legal marriage to Lovely Okojie based on the marriage certificate provided. So, the critical and big question is, why is Mercy Johnson marrying Odi when he appears to be legally married to Lovely Okojie in Italy?

Second, does the Edo customary court have the power to override Italy’s court and the valid marriage of 2006 with Lovely? “ The answer is “no.” Breaking up” is not divorce. Italy still recognizes Odi’s seemingly valid marriage to Lovely. Please see resources below that cover Italy’s law more extensively.

Third and finally, does the Edo customary court which granted Odi a dissolution of his marriage, four days (4) before his second marriage ceremony, answer the following important questions critical to the well being of the Nigerian children he fathered abroad:

1. How will Odi provide for maintenance and alimony for Lovely in Italy?

2. What are the intentions of Odi on Child Custody issues with Lovely?

This situation is fraught with many problems. There is a great quote I have heard in the past that is perfect for this occasion. “The problem with (situations like this), it will take you far than you want to go and cost you more than you are willing to pay.”

Independent of these questions, I mentioned in my introduction that I was highly fascinated with this case because of the complex social and legal policy issues it raises.

The following scenarios below are, sadly, not uncommon:

1. Scenario 1: Nigerian man marries a White or Black European or American woman “for papers.” He exceeds the scope of getting his “green card papers” and fathers children from the relationship. Shortly after, he returns to Nigeria to marry the “real Nigerian” wife. The children he fathered abroad are abandoned and have no clue where he is. What are the long term social and legal implications of this? Are we prepared to pay the price as a society?

2. Scenario 2: Nigerian man marries his wife in Nigeria and has a family. He relocates abroad with promises to bring his family over once settled. He settles but he marries another wife abroad. The children at home are abandoned. Again a very sad and increasingly common scenario. Same question. Are we ready to pay the price as a society?

3. Scenario 3: The Nigerian man relocates to America or Europe. He marries a Nigerian wife. He has a family. He departs, primarily, for greener pastures in Nigeria. He meets a new woman, without legally divorcing his Nigerian wife abroad; he marries and rears children with second wife, abandoning his children overseas. Are we ready to pay the price from the continued abandoning of our children?

Often, we, Nigerians and other African groups I run across, make fun of the break down in the family structure of the White man. But truth be told, we need to take the log out of our eyes before passing judgment on another. Our generation now holds our parents accountable and have asked what they have done with the resources and talents bestowed on Nigeria. We have asked what kind of legacy they have left for us. Their responses have troubled us, deeply, and as young people, many of us seek to build a much better Nigeria than our parents have. Just as we have held our parents accountable, our own children will hold us accountable. What will our responses be?

Will our response be, “you are Italian so you didn’t matter? Will it be, “your mother was Oyinbo so you were of no concern?” Aren’t children from any union, especially marriage, irrespective of how that marriage came about, entitled to enjoy from their fathers an emotional bond, protection, stability and care?

Back to the Odi/Mercy Johnson-Okojie v. Lovely Okojie case, given the real evidence that has surfaced, what are the responsibilities of all parties involved, with selfishness put aside for once, and focusing on the children?

What are your thoughts? Should Mercy Johnson have married Odi?

Should Lovely file for Divorce in Italy? If the Italian courts are anything like America’s they would be pissed with the blatant disregard of the rule of law and Odi could face criminal charges. See the famous case of Anyanwu v. Anyanwu, although that dispute was over child custody issues.

Should Odi MAN UP and file for divorce in Italy?

For more stories and commentary/analysis like this covering Africa’s celebrities in entertainment and the intersection with the law, please visit Ladybrille’s sister site www.africamusiclaw.com.

DISCLAIMER: Although I am a practicing attorney, I am licensed in California, USA. This is provided for informational purposes only. If you seek the legal services of an attorney in your family law matter, you need to contact a family law attorney in the city, state and country you reside to help you out. 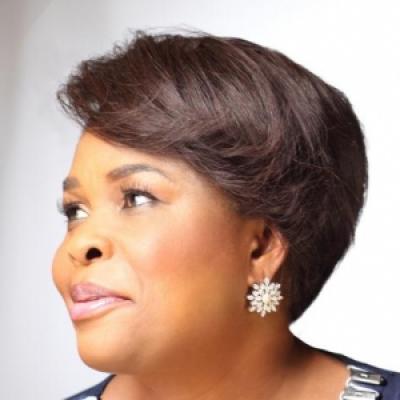